Over 60% of Hearing Deficits in Newborns Are of Genetic Origin 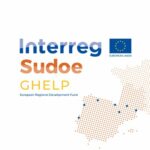 Recently, was presented an international study for the early diagnosis of hipoacusias by means of genomic tools (GHELP project), led by the University of Navarra Clinic, in which 8 other centres from Spain, Portugal and France participate, including the IIS Biodonostia.

Five out of every thousand children are born with some type of hearing deficiency in south-western Europe. Thus, the GHELP project has the aim of improving the current programmes for the early detection of hearing deficits. Led by the Clínica Universidad de Navarra, this is an international genetic study for the diagnosis of hearing disorders in new-borns. The GHELP project is co-financed by the Interreg Sudoe Program through the European Regional Development Fund (ERDF).

“Early detection improves the speech and language skills of children with hearing loss. It has been shown that intervention before the age of 12 months yields significantly better results than  a later intervention,” explained Dr. Manuel Manrique, Project Coordinator and Director of the Otorhinolaryngology Department of the Clinic.

The basis of this study is the GHELP panel, a genomic diagnostic tool that analyses the most important genes involved in hearing loss. Genetic factors are one of the main causes of this disease, as it is estimated that 60-70% of cases of hearing loss among children are of genetic origin.

The usual screening programs for early diagnosis in new-borns will be used for this panel, together with samples from both the Clinic’s patients and those of five other centres located in Spain, Portugal, and France.

This was explained by Dr. Manuel Manrique at the project’s public presentation, where he was accompanied by Dr. Gorka Alkorta of the Genomics Unit of the University of Navarra’s CIMA LABX, and Dr. Ana Patiño, Director of the Clinical Genetics Unit of the Clinic, as members of the research team.

The event was also attended by José Andrés Gómez Cantero, Director of the Clinic, and Javier Mata Rodríguez, Director of the Research Management Service of the Universidad de Navarra. In addition, the benefits of this project for Health Administrations and individuals with hearing loss was analysed by Dr. Nieves Ascunce, Head of the Epidemiology and Health Prevention Service, and Dr. Maria Ederra, Head of the Early Detection Unit, both from the Institute of Public and Occupational Health of Navarra (Spain).

The results of the study will allow for reaching the specific diagnosis of the patient and predict their potential prognosis.

In addition, the project aims to achieve three other objectives: to gain a better understanding of the genetic mutations involved in hearing deficits in new-borns, including a genetic study as a regularly applied tool to obtain more sensitive and specific results, and establishing a platform that will allow other centres to take advantage of this technology.

Suggestion Box
Scroll
We use cookies to ensure that we give the best user experience on our website. If you continue to use this site we will assume that you agree.AcceptRead more